For the last 50 years, audio playback devices have relied on the 3.5mm audio jack (its predecessor, the 1/4-inch audio jack, dates back to 1879). We’ve previously heard rumors that Apple wanted to nuke the 3.5mm jack altogether for the iPhone 7, and now it seems Intel is onboard with that plan as well.
Intel is working on USB-C for audio to remove this last vestige of conventional analog communication, Anandtech reports. As it stands, the jack inside a modern iPhone or Android phone is fairly large and running the audio signal through the device without causing interference or distortion is a non-trivial engineering problem. Getting rid of the 3.5mm jack also might help companies make thinner, lighter products.

USB-C can transfer analog audio already, but Intel is also working on a digital audio standard for the data transfer protocol. Intel is updating and expanding the existing USB Audio Device Class 2.0 specification. This could theoretically allow for headsets with integrated audio processing technology — think DACs, acoustic audio suppression, and noise cancellation, except the technology would be integrated into the headset, not the phone. 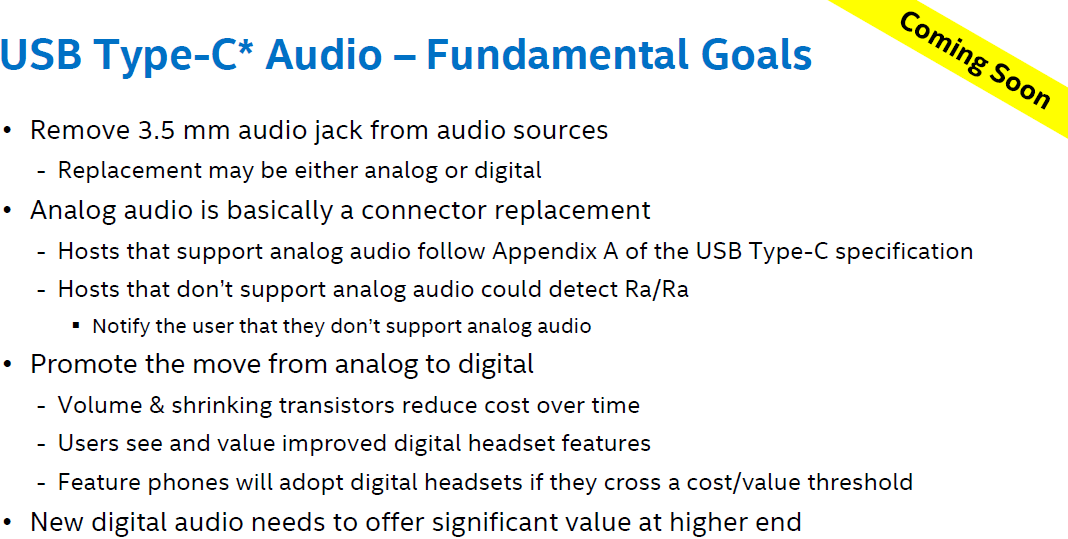 On the one hand, this could reduce power consumption in smartphones when playing media — but only because that power consumption would instead be moved to the headset (whether or not this would be a net positive is something of an open question). The content industry supports this move for an obvious reason — junking the 3.5mm jack allows them to finally close the “analog hole” in such devices and prevent customers from using audio jacks to make copies of media. Digital headsets would use HDCP to prevent copying. 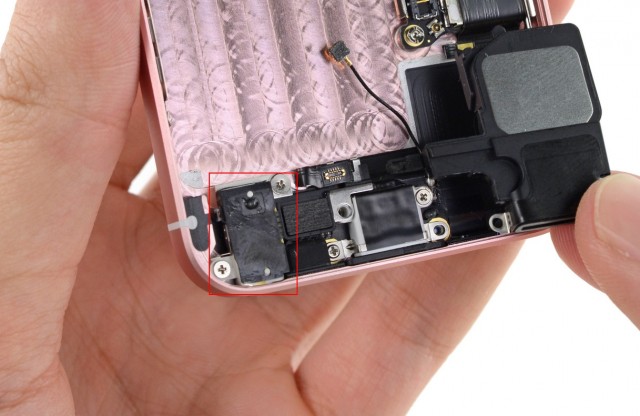 Apple has a history of removing features it believes are no longer relevant, but other device manufacturers have had less luck with this strategy. Samsung famously killed microSD slots with the Galaxy S6 only to reintroduce them with the S7 after end users complained and S6 sales were poor. Of course, someone will likely find ways to build USB-C to 3.5mm adapters, but these will add cost and the loss of a separate port on smartphones and tablets is still an issue. Past attempts to kill the 3.5mm standard have ended in failure; we’ll have to wait and see if this one finally works.